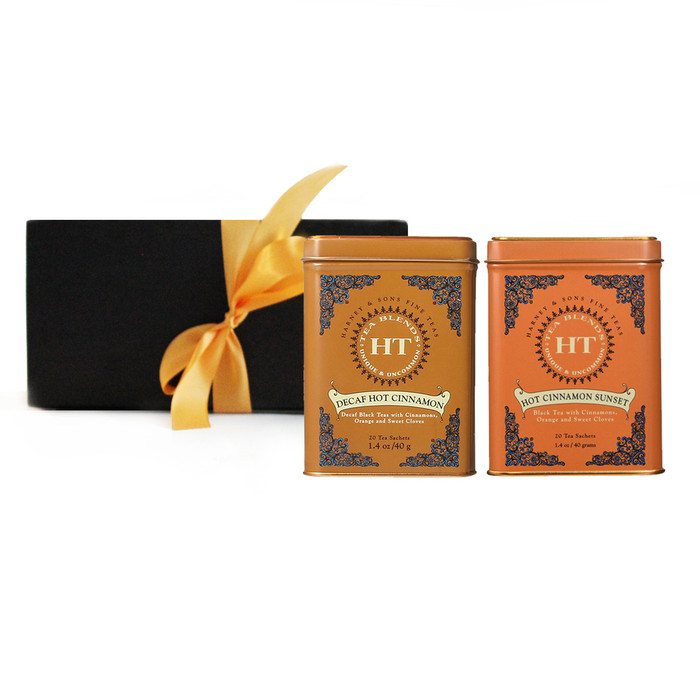 This gift set is a combination of Harney & Sons' top seller - Hot Cinnamon Sunset and its decaffeinated version. Each tea tin in this gift set contains 20 sachets. It is beautifully wrapped in a stylish gift box and finished with an elegant silken ribbon.

This Hot Cinnamon Sunset Gift Set makes the perfect choice for someone who loves spices and citrus. It is a blend of whole-leaf Chinese black tea, three types of cinnamon, orange peel, and sweet cloves in Hot Cinnamon Sunset and a whole-leaf Ceylon black tea base with the same tea flavours. The decaffeinated version is a great option for people who avoid caffeine in the afternoon. A blend of flavours that is confident and memorable. A taste that you would want to sip on again and again. People seem to love its combination of strong spices and sweetness. And since there is no added sugar, this Harney & Sons Hot Cinnamon Sunset Tea is safe for everyone to enjoy. This tea should be on everyone's tea bucket list'.