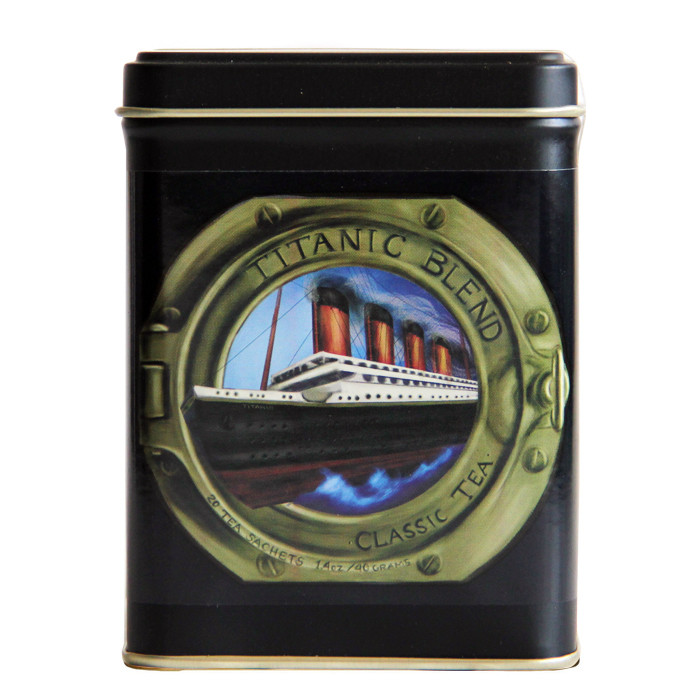 In memory of launching of the RMS Titanic and its maiden voyage, Harney & Sons has created this special tea. This timeless blend of four classic teas  - Chinese Keemun, Assam, Ceylon and Formosa Oolong, it is similar to the blend served aboard of this memorable vessel. When drinking it you will experience medium body with toasty peach notes wafting over muted malt and citrus aroma.

Harney & Sons created RMS Titanic Blend as a tribute to the tragedy and heroism of "A Night to Remember." P. H. Nargeolet, one of the divers with the French exploratory group at Woods Hole in Massachusetts when the Titanic was found, encouraged John Harney, the Founder of Harney & Sons to create a commemorative tea to honor the 100th Anniversary of those who perished when the Titanic sank. John created this special blend to reflect the quality of tea that was served on that voyage. It features Chinese Keemun, one of the last teas from China that the British still consumed in 1912. By then, they had mostly shifted to black teas from Assam, India and Ceylon. The blend also includes Formosa Oolong, which was popularized in both the UK and the US by an enterprising Brit. This blend would have been recognizable to tea lovers of that era.