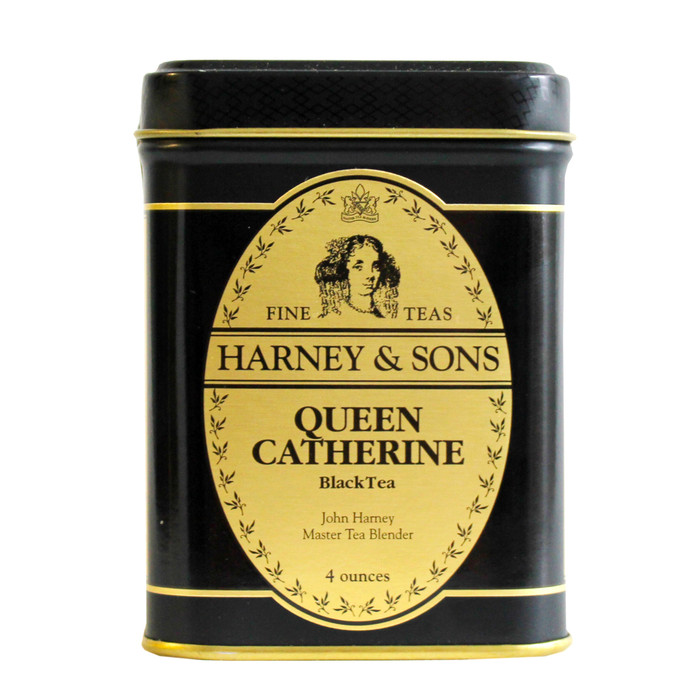 Superior breakfast blend of three smooth Chinese black teas, this Harney & Sons Tea was created in honor of Queen Catherine of Braganza, who was known to introduce the tea drinking habits to the British and popularized it among them. Keemun, Panyang, and Yunnan turn this tea into a mixture of dark leaves with golden tips that develops medium brown, rusty liquor sublimed into cocoa and spice.