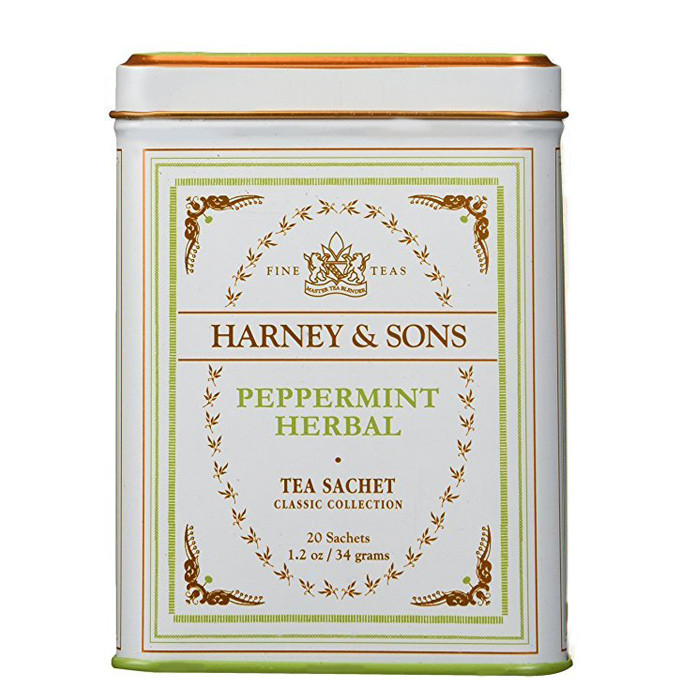 The Peppermint Herbal Tea from the Harney & Sons Classic Collection is made of aromatic Oregon peppermint leaves that produce a delicious smelling and crisp tasting tisane. Allow this simple, natural herb express itself and its flavour complexity through a sip of tea. Mentha piperita (also known as peppermint) can not only refresh you in the morning but also soothe you before bed. It is more than just a plain delicious tea. It's a tea to always have in your home or office. The tin contains 20 silken sachets.

Interesting fact: The peppermint herb has been used as a remedy for indigestion and as a stomach soother since Ancient Egyptian times. Dried peppermint leaves were found in Egyptian pyramids dating back to 1000 B.C. There must be something about this plant.