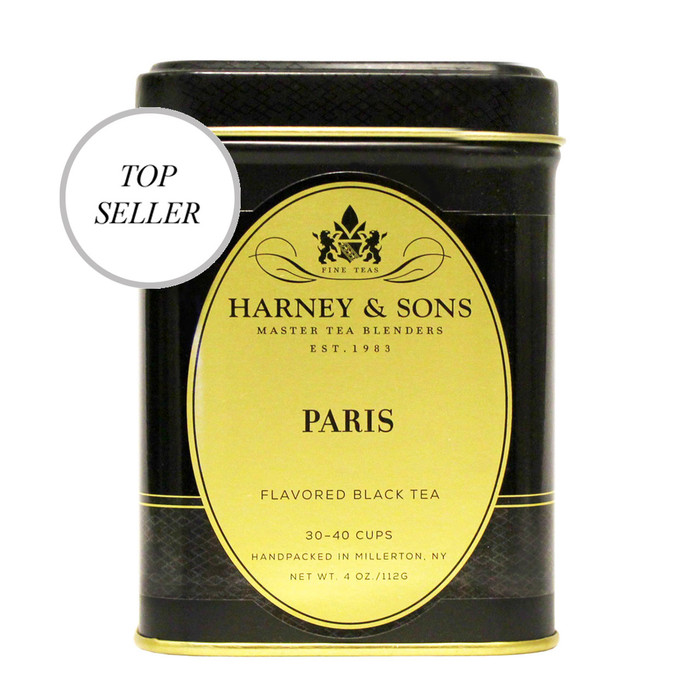 Harney & Sons Paris was created in homage to the city of Paris as reminiscent of one of its most popular blends. It is a fine whole-leaf black tea, flavoured with all natural currants, vanilla, tempting caramel and a hint of bergamot. Harney & Sons Paris is a robust and palatable drink, made out of a blend of three black teas creating a medium to dark brown liquor. The aroma of this tea reminds you of Earl Grey because of the bergamot oil used in the blending process but falls into the sweet notes of caramel, currants and vanilla.  It is one of Harney & Sons' best selling tea flavours and is also available in a decaffeinated loose-leaf version.