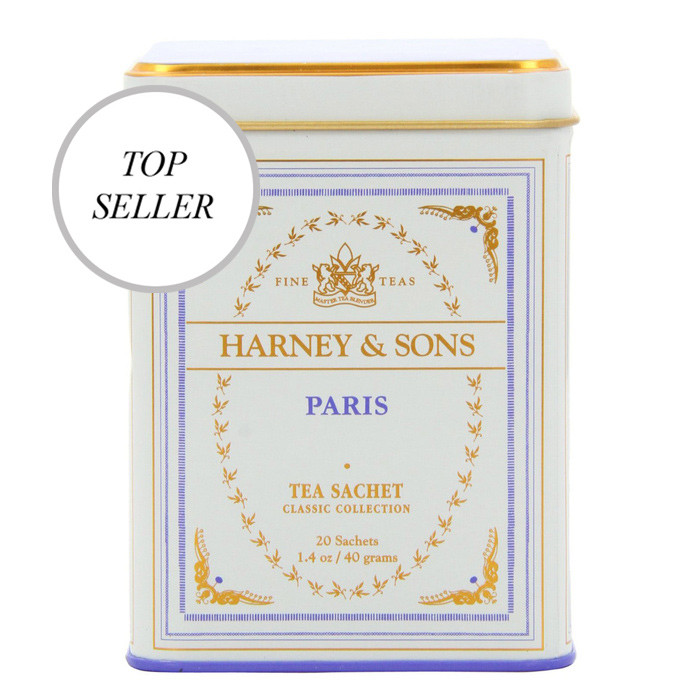 Harney & Sons Paris is a delectable all natural black currants black tea with vanilla, tempting caramel, and a hint of Bergamot. This robust and palatable drink is made of a blend of three teas and is one of the best sellers. Harney & Sons created it as reminiscent of one of Paris’s most popular blends.