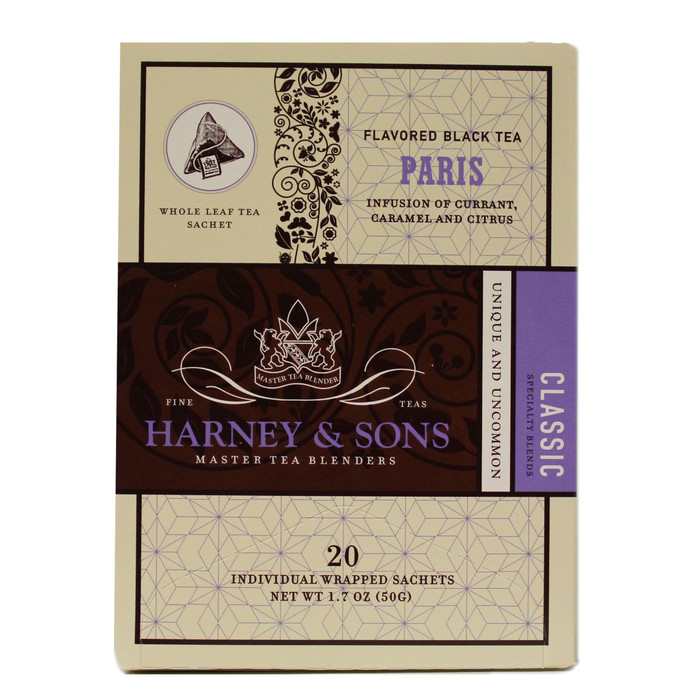 Harney & Sons Paris is a delectable black tea blend with natural black currants, tempting caramel, vanilla and bergamot oil. This robust and palatable drink is made of a blend of black tea leaves delivering a palatable medium to dark brown tea liquor with a medium body. Harney & Sons created it as reminiscent of one of Paris’s most popular blends. This box contains 20 individually wrapped sachets so that you can take them with you anywhere you want. Each tea sachet is made out of silken material in the shape of a pyramid so that it allows the whole tea leaves to expland and infuse better for an unforgettable cup of tea. For a late afternoon pleasure, you can also sip on the decaffeinated version of this Harney & Sons Paris available as a 4 oz loose lead tea tin. Kosher certified.