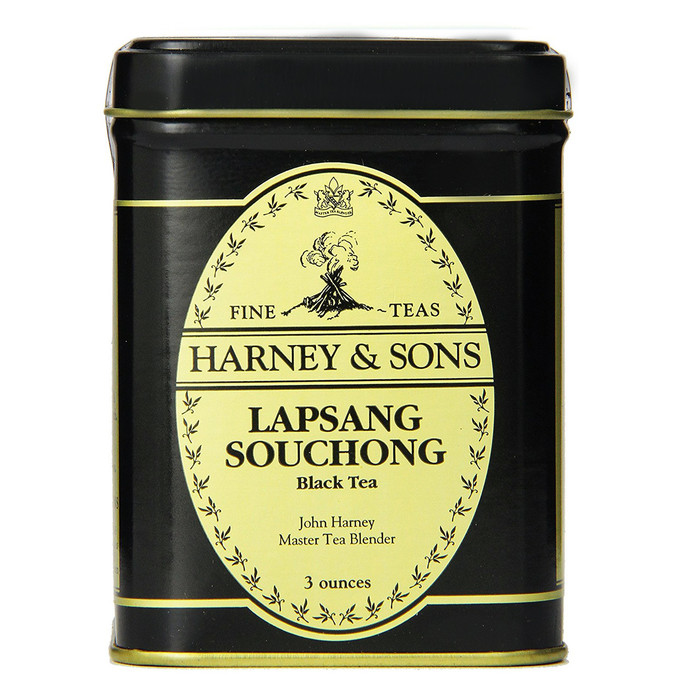 Harney & Sons Lapsang Souchong is an ancient and much loved tea from China with large leaves that are dried over smoky pine fires that createsorange brown caramel liquor. As you might imagine, the tea develops a distinctive smoky flavor. Give it a try when you want a change of pace. Lapsangs comes from The Wuyi Mountains (WuyiShan) in the northeastern part of Fujian Province. This was where black teas were first developed (called Bohea.) In the steeply forested mountains wood was plentiful, so it came naturally to smoke tea like bacon. The leaves were slowly withered to create a complex tea, then the leaves were slowly dried in rooms with a smoky fire below.

Interesting Fact: Orange Pikoe is a traditional staple in many households, John Harney (the founder of Harney & Sons) always drank this tea whenever he needed a mellow, comforting cup.