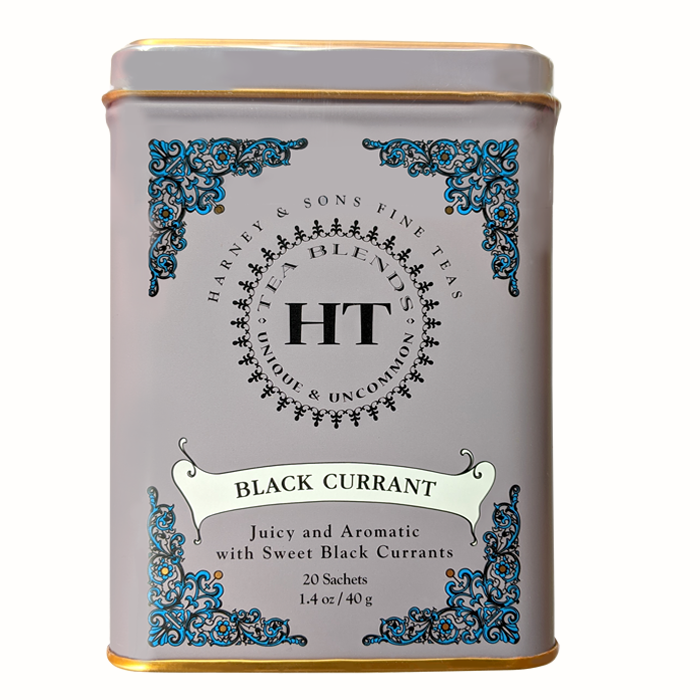 The Harney & Sons HT Black Currant tea is a medium bodied tea with brown liquor. It is based on China black tea with a rich fruity aroma. The leaves are dark and blended with currants.
Interesting fact:
The Harney & Sons founder, John Harney, learned about teas from his mentor: Stanley Mason. And Stanley, as Old-school British tea man, only wanted black teas and traditional blends. However one day when Stanley was not looking, John made this delicious fruity blend.