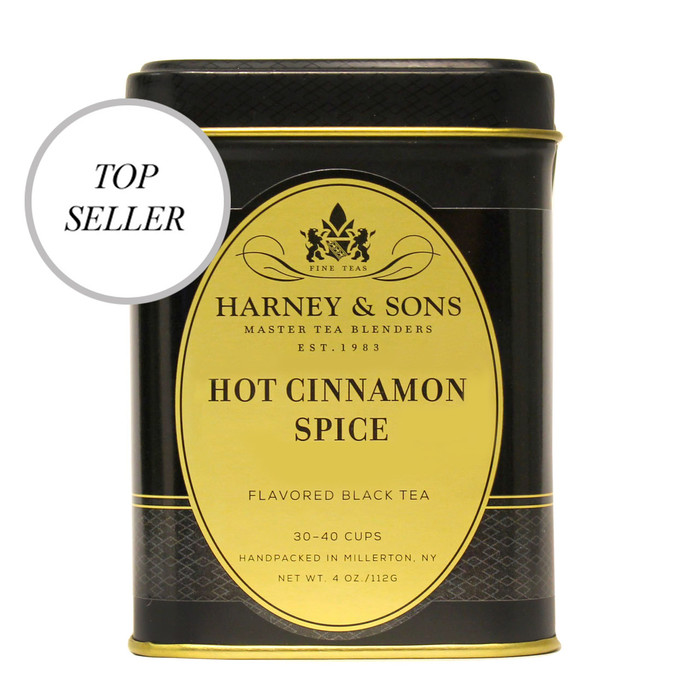 Harney & Sons Hot Cinnamon Spice is a blend of Chinese black teas, three types of cinnamon, orange peel, and sweet cloves. People seem to love its combination of strong spices and sweetness. With its confident and memorable aroma, this tea will turn into your new addiction. It has a medium body and dark brown liquor with orange hues. There is no sugar added and it can be enjoyed by everyone. This may be your new favourite tea (if it is not already) because it is Harney & Sons' most popular. This tea is also available in a few other versions: with a green tea base, Rooibos base, as well as decaffeinated black.