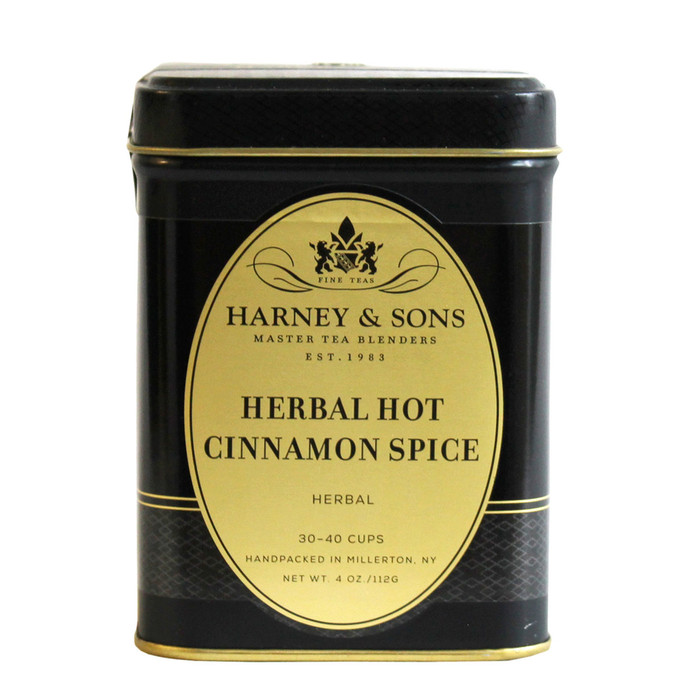 Harney & Sons Herbal Hot Cinnamon Spice is a blend of the South African Rooibos herb and delicious cinnamon, orange peel, and sweet cloves. This tisane provides the irresistable spicy and sweet flavour without the caffeine buzz that comes in the classic black or green tea variations of this tea blend. The aroma of this brew is confident and memorable; the liquor is medium brown with an orange nuance. Although there is no sugar added to this tea, the cinnamon makes it sweet and safe for everyone to enjoy. Who would want that? Get the benefits of Rooibos with the flavours of a dessert.