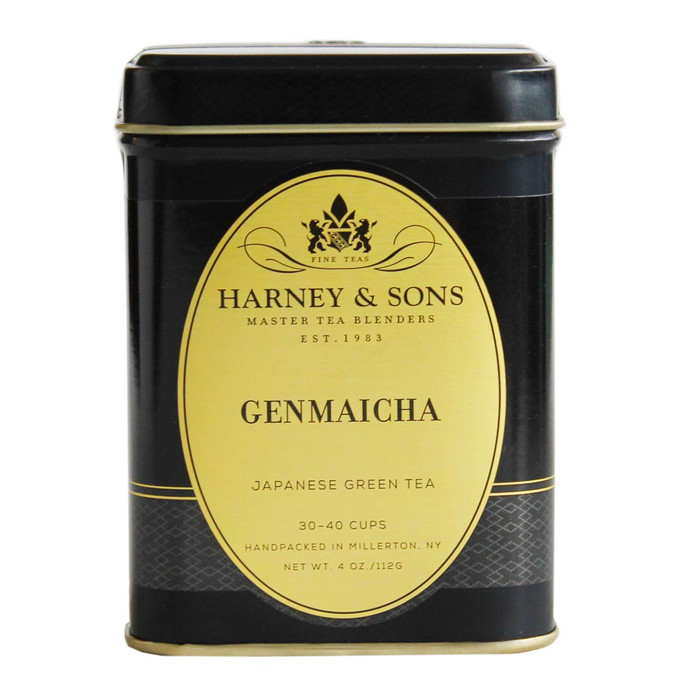 Harney & Sons Genmaicha is a different kind of Japanese green tea that many people find intriguing. Brown rice kernels ("genmai") are added while the green Bancha leaves ("cha") are being dried, so the kernels get crispy and some burst open. Genmaicha has a unique appearance and a pleasant roasted flavor.The broad yellow-green Bancha tea leaves make a vibrant light green liquor, tinged slightly khaki brown from the rice. This tea is cetified Kosher.

Interesting fact:
Bancha is a summer tea made after the Sencha season. Because there is so much of this inexpensive tea, an innovative Kyoto tea merchant thought to combine the the two staples of the Japanese diet, bringing Genmaicha into existance. Once considered a cheap peasant beverage, Genmaicha has recently come into vogue among the Japanese urban elite.