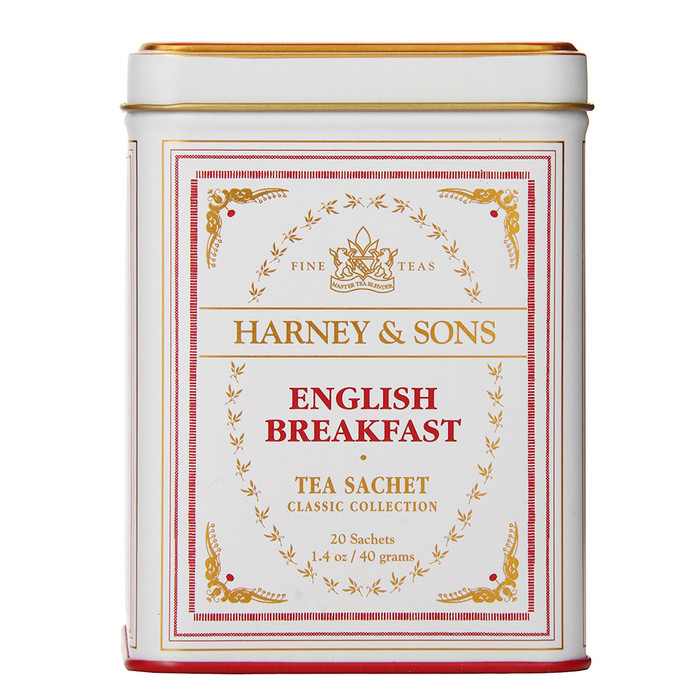 Harney & Sons English Breakfast Tea is pure China Black Keemun, the original Chinese black tea. It offers a smooth, yet robust flavour with smokey, gentle afternotes. The caffeine level is high enough to provide a kick-start to an amazing day. This is beautiful tin is from the Harney & Sons Classic Tea Collection and contains 20 silken tea sachets filled with whole-leaf loose tea. Each tea sachet brews a 12 oz cup of tea. This tea is Kosher.