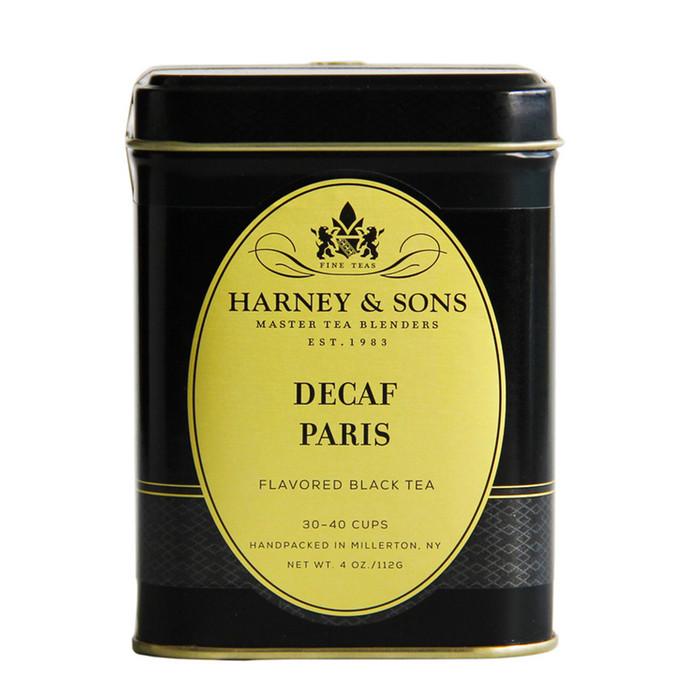 Paris is one of Harney & Sons best selling tea flavours which is also why they created a decaf version of it. Paris tea lovers can enjoy a cup of black tea without the caffeine buzz that the original version would provide. Harney & Sons Decaf Paris is a fine whole-leaf black tea, flavoured with all natural currants, vanilla, tempting caramel and a hint of bergamot. It is a robust and palatable drink, made of a blend of three black teas, creating a medium to dark brown liquor. The aroma of this tea reminds you of Earl Grey because of the bergamot oil that is being used but falls into the sweet notes of caramel, currants and vanilla. Paris is one of Harney & Sons' best selling tea flavours and nighttime tea lovers may relax with its decaffeinated alternative.