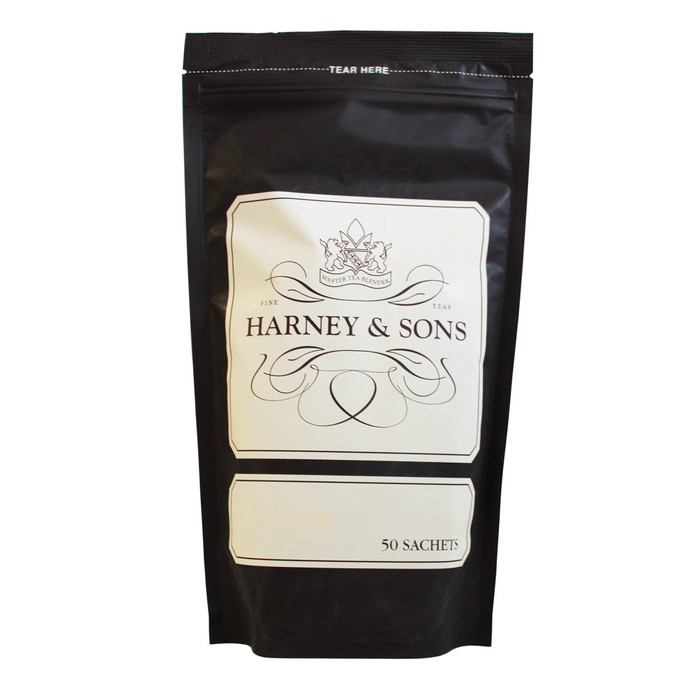 This Harney & Sons Tea is a decaffeinated Ceylon that tastes just like its caffeinated version. It is made out of dark brown choppy leaves of Ceylon and brews a medium brown liquor with deep red hues. Harney & Sons use a natural decaffeinating process of rinsing the teas with CO2, super critical (liquid) carbon dioxide. This resealable bag contains 50 sachets.