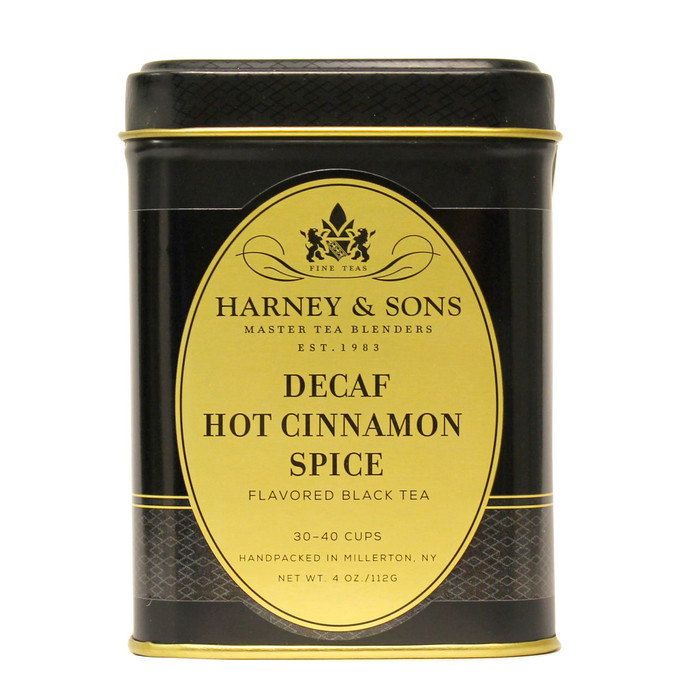 After having multiple inquires for the original Hot Cinnamon Spice to have a decaffeinated version, Harney & Sons created it, retaining the same delicious flavour and aroma. The base for this tea is a decaffeinated Ceylon Black tea that is blended with three types of cinnamon, orange peel, and sweet cloves. A blend of flavours that is confident and memorable. People seem to love its combination of strong spices and sweetness. And since there are no sugars added, it is a great choice for everyone to enjoy. If you love the original Harney & Sons Hot Cinnamon Spice, you may want to have this decaf version as well.