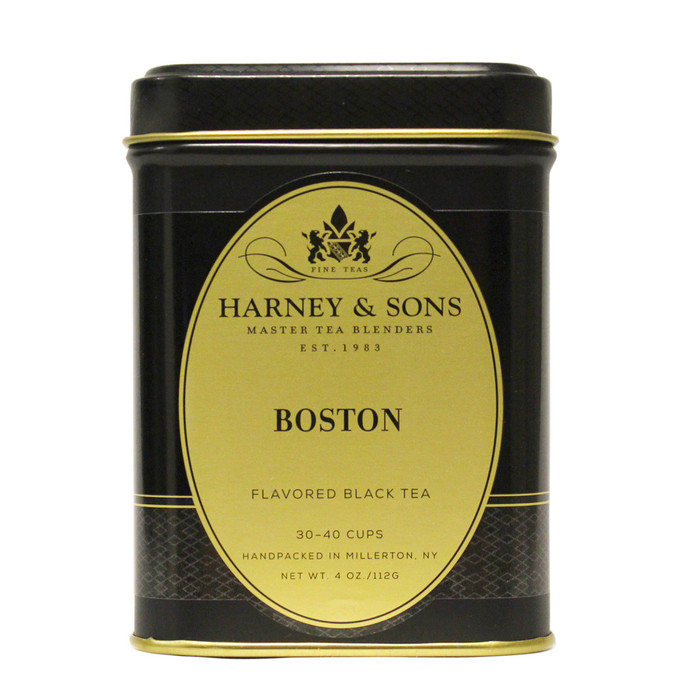 This Harney & Sons blend is a black tea with cranberry, almond, and vanilla flavours. The Boston blend will be one of your favourite morning brews. It’s strong, yet smooth, and you can definitely taste the underlying tones of the the tart cranberries balanced out with the nutty almonds... and the vanilla, oh, what an aroma. Cozy up with a cup of tea.

Around 5,000 years ago, when Chinese started sipping a delicious, brewed warm drink made from dried leaves and buds, different regions had different names for it. Most Chinese languages, including Mandarin and Cantonese, referred to the plant by a word that is pronounced "chá". But other dialects, including Min Nan Chinese, which was spoken around Fujian, Malaysia, Indonesia and Taiwan, referred to it by a word that sounds more like "te."