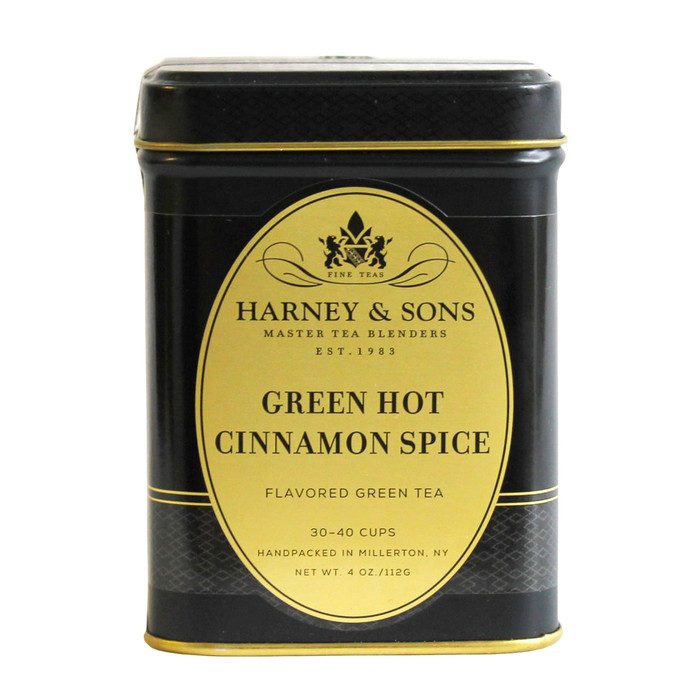 Harney & Sons Green Hot Cinnamon Spice is a blend of Chinese green teas, three types of cinnamon, orange peel, and sweet cloves. This is the green tea version of the most popular flavoured tea by Harney & Sons. The rich cinnamon flavour and aroma are still in the focal point but the tea body is lighter and the liquor is yellow with a light brown hue. Green Hot Cinnamon Spice tastes like a dessert although there is no sugar added. The sweetness comes from the cinnamon. In two to three minutes, you can have a delightful and memorable cup of tea. Enjoy!

Interesting fact: Hot Cinnamon Spice is one of the oldest flavored tea blends that Harney & Sons has created. John Harney, Founder and Master Blender of Harney & Sons Fine Teas developed it in the beginning of the 1980s and since then the popularity has grown and keeps growing.